Thanks everyone who came out to the District forum to discuss use of Measure N funds for a Signature Project at Rio.  More than 120 parents and students attended. Divided into four groups, each discussed options for improvements at Rio.  The Auditorium was selected as the preferred signature project by a landslide. However many band parents expressed to the district the concern that the campus has been overlooked for decades and the deferred maintenance has mounted. It is Rio’s turn to get some attention along with an Auditorium.

One of the ideas that came out of the planning was to have the bathrooms, ticket office and snack bar built so it could be used by  Rio athletics as well.

There are forums being held at all the high schools and after they are complete, a proposal will be brought to the School Board on which Signature Projects to pursue.  We will be organizing some short presentations to make at key School Board meetings and will let you know which meetings to attend to support the Auditorium.  Our goal to have the Rio signature project selected to be one of the first ones funded.

There is still a lot to be done, but we are closer than we have ever been to having an Auditorium for the school. 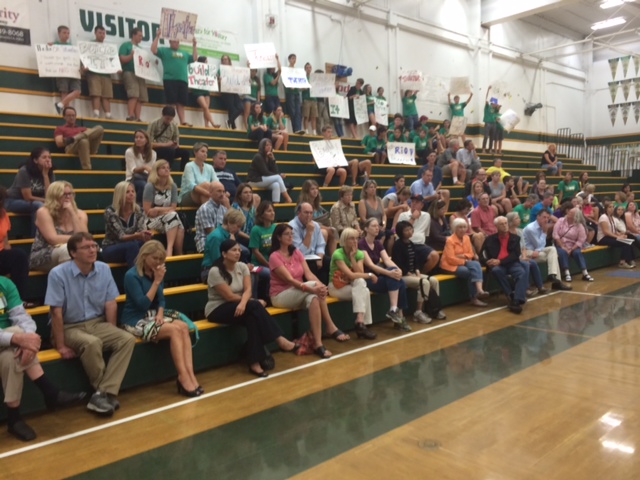